Cricketer brings communities together through sport 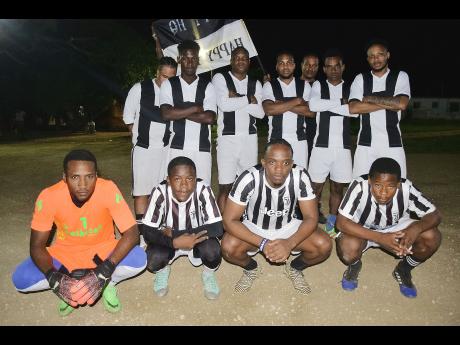 Members of HQ, one of the participating teams. 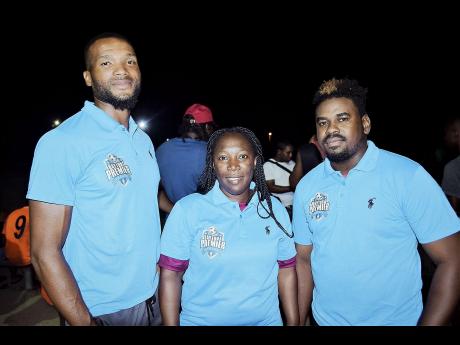 Germaine Gordon, a former player for Lucas Cricket Club, had what some considered a bold dream, that of using sport as a tool to unite various communities in Portmore.

Now he has turned that dream into reality. But though he is an avid cricket lover, he chose football because of its popularity to bring about a good 'vibe' heading to the festive season.
Daytona Premier League, a 'corner league' sanctioned by the Jamaica Constabulary Force (JCF), is creating a buzz in the 'Sunshine City' with large crowds and excitement each weekend.

"Daytona Premier league is a football league which focuses on bringing together youths from various communities in Portmore to foster brotherhood and peace. We reside in the community of Daytona, where youth development is our goal," said Gordon.

He added: "I have to give thanks to my hardworking team with the assistance of Kensington player, David Bernard Jr and Rasheika Ivey and my dedicated sponsors. Without them this competition would not be possible."

The league focuses on developing the youth and each team must use at least two under-16 players.

There is also an under-14 component to the league and this will commence this month, right after school closes for the Christmas holiday.

The senior league began on October 27, and will end in February 2019.

In recent games, HQ clipped Young Generation 1-0 in a derby game in Group B. Meanwhile in Group A, impressive team Hellshire defeated Monza 2-0, while 3 North Real Youth drew 1-1 with Police All Stars.

HQ leads Zone A, with 10 points, ahead of Young Generation (eight points).

Hellshire is co-leader of Group A with Midnight ballers. Both teams have 10 points each.