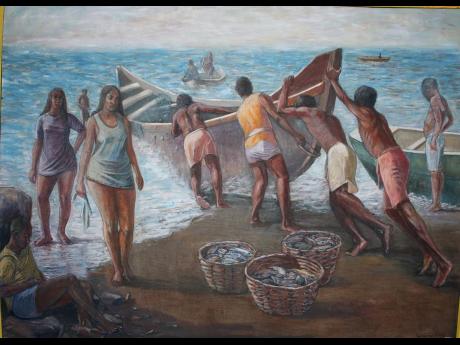 A painting titled ‘The Catch’. 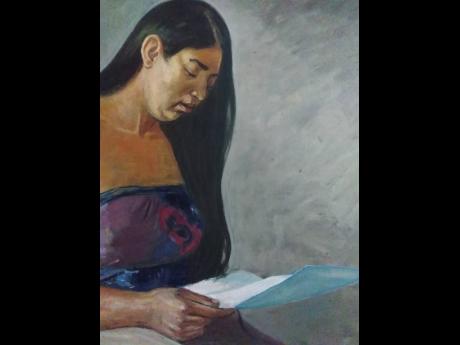 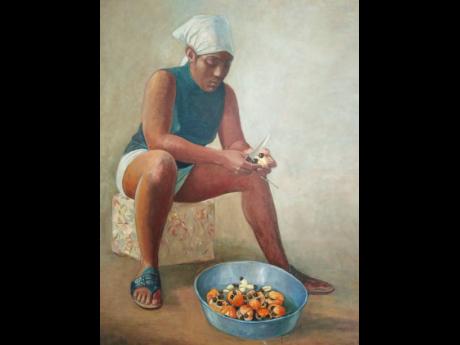 One of Elliot’s pieces titled ‘Reflection’. 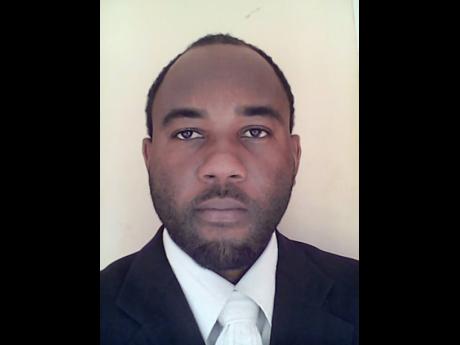 Sebastian Elliot has been creating art since he was just four years old. He remembers sitting in his father's business place in Montego Bay and drawing portraits of his father's friends.

The compliments he received encouraged him to continue on the path.

Now aged 35, Elliot is an accomplished fine artist, a graduate of the Northern Caribbean University, and was a student of world-acclaimed Jamaican master painter, the late Barrington Watson.

"Art has been my passion and it's through the language of painting that I'm better able to express myself; and that's a medium for me to reach out to people. Many people will not want to live in an old building or to have a homeless person in their house. But those are the same people who will pay millions of dollars to have a painting of that particular person, or an old house, in their home," he told THE STAR.

Inspired by Watson, Elliot has also shared his passion with budding artists. For 14 years, he taught art in several Jamaican high schools.

But three years ago, he gave up teaching formally to focus solely on his paintings, which he said are inspired by landscape and the female form.

"What mostly inspires my work is the female form, the mood, the shapes, and the difference in terms of personality. For me, every woman's body tells a story. Women have been contributing to my career over the years. They pose for me, support me, they buy my work, and most of my clients are women," he said.

Elliot has participated in numerous local and international art exhibitions, including in the US, Canada, Trinidad and Tobago, The Bahamas, and the Cayman Islands.

"My work is also a part of several private and corporate collections, both locally and internationally, including the Bank of Jamaica, Scotiabank, Northern Caribbean University and Symmetry, one of the world's largest American-based network marketing companies," he said.

But Elliot acknowledges that it is often difficult for artists to make a living in Jamaica. However, he said the artist is partially to be blamed for this.

"Some artists, what they do, they prostitute the work by selling it cheap because they have to live off that. But there's a way to be successful. What I do is, I sell my paintings and I invest in other businesses, and that takes care of my family, whether or not I sell a painting. Investment is something artists should look at to prevent them from prostituting their work," he said.

He added: "If someone wants to be an artist or a painter, that person can pursue fine arts, and do some teaching, and while teaching, they can still build their art career. I recommend that."