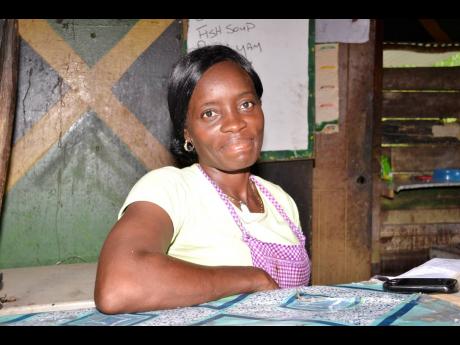 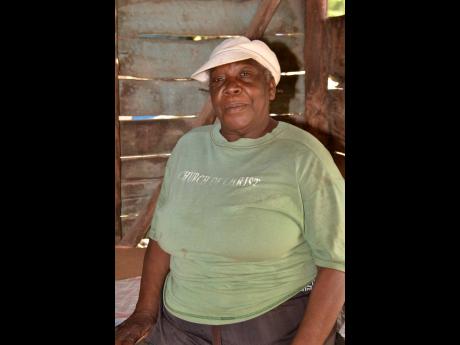 Lori-Ann Graham said she will not be heading to the highway, as sales will not be any better. 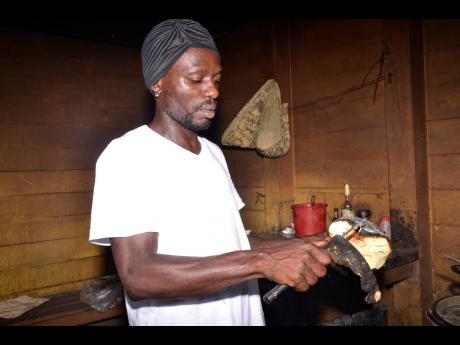 Michael peels roasted breadfruit in anticipation of getting a sale. 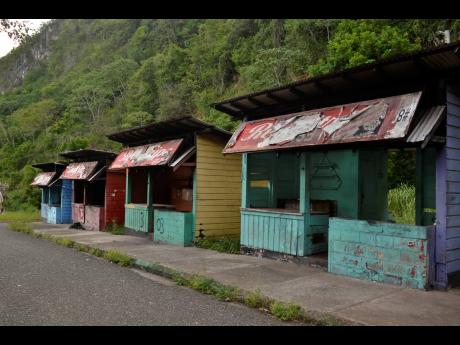 Empty stalls at Faith’s Pen tell the tale of how business has fallen off.
1
2
3
4

After years of owning their stalls at the rest stop in Faith's Pen, St Ann, vendors might now have to start renting stalls to stay in business.

Errol Mortley, environmental manager at National Road Operating and Constructing Company (NROCC) said that 15 stalls have been built by the Jamaica North South Highway on the Linstead to Moneague leg of Highway 2000, and put an offer to vendors two months ago.

Hirfa Brown-Gordon operates a stall jointly with her husband at the popular rest stop. She said it's been in her family for te two generations.

But ever since the since the opening of the Linstead to Moneague leg five years ago, business has been very slow.

But even as she looks at her stall and sees all the fried fish she's prepared since the dawn, her festivals getting cold, and her soup pot still full, she's contemplating whether moving to the new stalls built on the highway is a good idea.

"I doh have to pay rent here, but round on the highway you have rent, light and water fi pay, so it's going to be more on us. Nothing nah really gwaan on the highway, either," she said

The Faith's Pen rest stop, which once housed 32 stalls, has been deserted.

When THE STAR team visited, only six of those stalls remained open. Brown-Gordon said at least 10 vendors have moved on to the highway.

Lori-Ann Graham, 70, told THE STAR that she has been a vendor on the main road that leads into Moneague for as long as she can remember.

Her stall, which was once overflowing with roasted yams, corn, jerked chicken and soup, now has only a few pines and pumpkins to tell the tale of what once was.

"Yuh wi out here fi days on top a days and yuh don't mek $500. From yesterday mi put out mi fruits dem, and a doh sell one pine. Since the highway build, it mash up mi business," she said.

But going on the highway is not an option for her.

"Dem wah wi guh down on the highway there. Some people from up here went down there, but mi not going down there, a worse mi a guh mash up miself," she said

Meanwhile, Micheal, who's been operating his stall for 16 years, said he's planning to move on to the highway to escape this "hell".

"It was like heaven, and now it's like wi deh near to hell. From morning mi doh see two customer good," he said.