Former ward of the state searches for mom 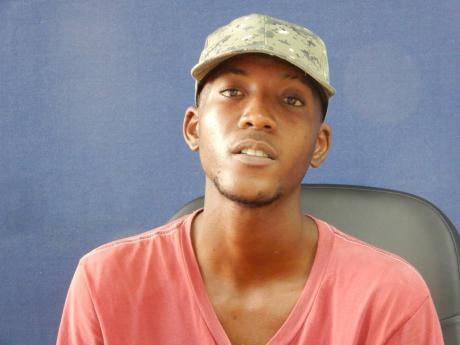 Wellington told THE WEEKEND STAR that he lived at three different children's homes, starting at age 10.

Upon leaving the state care system at age 18, he realised how alone he was.

"Dem seh mi originate from St Catherine, and wi do home search a di whole a deh so, and neva find nobody; mi neva have no weh fi guh" he said

Wellington claims his mother's name is Georgia Anderson. He said he vaguely remembers her and can't remember his father or if he has siblings.

"Mi remember her hair did cut, and she did slim, have my complexion; that's all mi know," he said.

He said the St Augustine's Boys' Home helped him to get a job, and he was able to rent a place briefly in Toll Gate, Clarendon.

He then moved to Kingston, where he got a job in a restaurant. But he said the anger that he harboured from his childhood makes it difficult for him to keep a job.

"The least likkle thing somebody seh to mi, mi ready fi get ignorant. Some people use it against mi. More time dem a talk and a seh "Gweh yuh feel like a mi mek yuh nuh know yuh mada or nobody at all', and it mek mi feel a way; it mek mi get angry," he said.

The 22-year-old said his life has been painful, and he's often haunted by suicidal thoughts.

Wellington said he sought training with HEART, but gave up on life when that didn't work out.

"Mi did fi guh HEART, Ebony Park in Toll Gate, a food mi did plan fi do. Mi did the (entrance) test, but mi pass the English and fail the maths. Suh mi do ova the maths, but at the time mi neva have mi TRN or NIS so mi cuddn get mi results," he said.

But now, all he wants is to connect with his mother.

"Mi wudda ask her why she leave mi at the station. But at the end of the day, a mi mada. Mi a go hug har up same way cause a mi mada, and mi doh see har fi how much years now. Mi a go forgive, mi just wah see har," he said