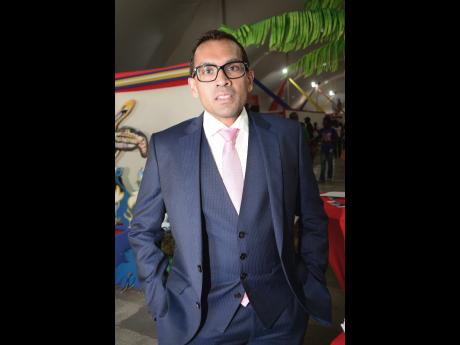 Sports lawyer Dr. Emir Crowne says that he wants to be a part of Olympian Nesta Carter's legal team, as he appeals to get his 2008 Olympic gold medal reinstated by the Court of Arbitration for Sport (CAS).

Carter and his Beijing Games 4x100m relay teammates (Usain Bolt, Asafa Powell, Michael Frater and Dwight Thomas) were disqualified and had their medal stripped by the International Olympic Committee (IOC) after he retroactively tested positive for the banned substance methylhexaneamine.

Crowne was the attorney for Dominique Blake, another Jamaican athlete who tested positive for using the substance, but he had managed to get her a reduced ban from the World Anti Doping Agency (WADA).

He said that he would be willing to work at a reduced cost or even Pro Bono (without charge) in order to help to overturn the ruling which he says breaches the principles of natural justice.

"I have reached out to his (Carter's) legal team and the Jamaica Olympic Association and I am available," Crowne said.

He told Star Sports that he believes Carter has a really strong case and expects the gold medal to be returned to the team.

"The problem is methylhexaneamine was created in 1944 and was reintroduced in the United States in 2006, when ephedrine was banned. So it's not like methylhexaneamine is a designer drug. It should have been listed either as far back as 1944 or at least 2006, because it's materially unfair to athletes to have this 'catch all' provision".

Crowne said that he expects the appeal process at CAS to take as long as up to six months to return a ruling.

"This would be one of the more precedent setting cases in light of the doping climate we're in now. It will also take three to four days for arguments in this case."