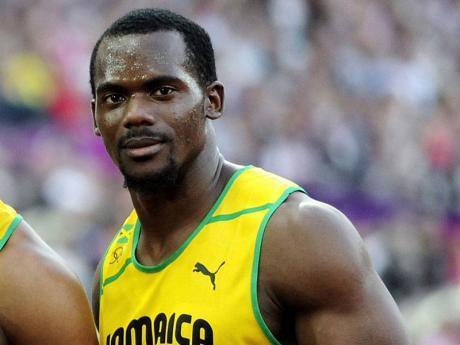 Experienced sprinter Nesta Carter has been identified as the Jamaican athlete, who has returned an adverse analytical finding after his retested 'A' sample from the 2008 Beijing Olympic Games showed the presence of a banned stimulant.

According to information from well-placed Gleaner sources, Carter, the 2013 World Championships 100m bronze medal winner could now face a public reprimand or up to an 18-month suspension if the stimulant Methylexaneamine, which was found in his ‘A’ sample, is confirmed by his ‘B’ sample test results.

Methylexanamine which was added to the World Anti Doping Agency’s list as a specified substance – or one that is more predisposed to a “credible non-doping explanation” and has caused the loss of medal in previous cases.

Carter ran the first leg as Jamaica’s 4x100m relay team, which also included Michael Frater, Usain Bolt and Asafa Powell, recorded a then world record 37.10 seconds to win gold ahead of Trinidad and Tobago and Japan in Beijing.

Carter and his agent Adrian Laidlaw have not responded to questions regarding the reports, while members of his MVP Track and Field Club have also declined any knowledge of the developments.

President of the Jamaica Olympic Association, Mike Fennell has also not commented on the matter.

The International Olympic Committee (IOC) had earlier announced that it had applied improved technology to retest over 400 samples from the Beijing Olympics, following consultations with individual international federations.

Retests were also carried out on samples from the 2012 London Olympic Games with 23 athletes returning positive results.

Carter, 30, has yet to get his season underway due to a reported foot injury.