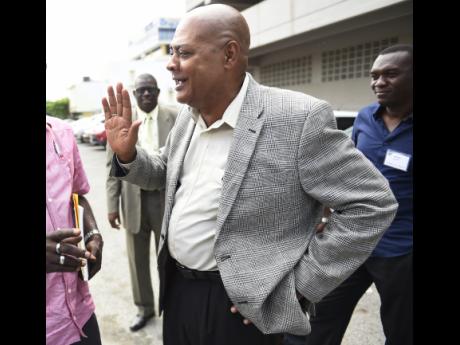 Jamaica Football Federation (JFF) president Michael Ricketts has stressed that players will be selected for the national senior men's team regardless of where they are born, as long as they have the quality.

Ricketts noted that this meant that there is a possibility that Bristol City defensive midfielder Korey Smith, who scored in the team's 2-1 win over Manchester United in the Carabao Cup on Wednesday, could represent Jamaica, provided he continues showing good form.

Since the appointment of Theodore 'Tappa' Whitmore as head coach in October last year, all players selected in the team have been those born in Jamaica, although some currently play for overseas clubs.

However, Ricketts said that this was not a criterion set by the JFF, as the squad selection was just based on who Whitmore thought were the best players available to him for the respective games the teams had played since his appointment.

Ricketts told Star Sports that players will get a chance in the team merely based on quality and how they can add strength to the squad.

"We are not saying that our players have to be exclusively local based - no man, we couldn't say that," Ricketts said. "We want the best team, but what we don't want is an influx of overseas players that are not better than local players. But we want the best 11 on the field at all times. This would not totally exclude England-based players.

"Once you are eligible to hold a Jamaican passport, and you are good enough, then you will get an opportunity."