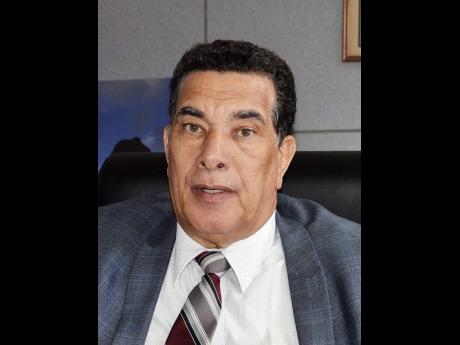 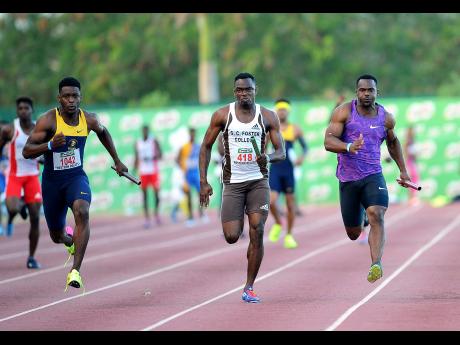 Nesta Carter anchoring the MVP team to second place in the Mens 4x100m relay at the Milo Western Relays at the Montego Bay Sports Complex on Saturday February 11, 2017.
1
2

Montego Bay mayor Homer Davis said that while plans are not yet finalised, there will be a new running track and other upgrades made to the Montego Bay Sports Complex, in Catherine Hall, St James, in the near future.

"We have been making the necessary representation, however, at this time I am not prepared to make a definitive comment on it, because we are not at the spot yet where I can say it's coming on stream soon. However, it is something that we are approaching and Montego Bay, the city that it is, should have a brand new track," Davis said.

The Complex has been described by citizens of St James as being underused each year. The stadium, however, hosts a number of schoolboy football games, Red Stripe Premier League matches for Montego Bay United and also a number of track meets.

COMPLEX IS TOO DELICATE

Davis, who admitted that the events the complex hosts annually cannot fund the proper running and maintenance of the facility, said the complex is too delicate to host entertainment events that would affect the field. He said that the plan is to upgrade the complex with a multipurpose court and swimming pool to facilitate other sporting disciplines that would attract more revenue.

"The committee is mandated to seek whatever event," he said. "However, one of the big setbacks is that it's only two disciplines (that the venue can host): track and field and football. That is why we are not only looking at a swimming pool, but we are looking at a multipurpose area. As a result of that, it can't be utilised as it should have been."

When asked about the maintenance cost by STAR Sports, Davis said he could not provide a figure without first checking, however the funding is subsidised by Parish Council.