Russell can turn it round - Wayne Lewis 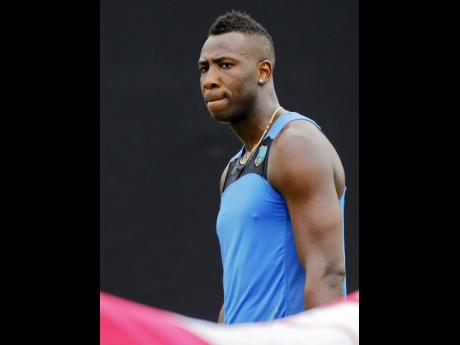 Former Jamaica cricketer Wayne Lewis said that while he is not pleased with Jamaica Tallawahs captain Andre Russell's batting in the Hero Caribbean Premier League this season, he is backing him to improve for the crucial playoff games.

Russell, 30 years old, had an impressive start to the Twenty20 (T20) tournament this season with an unbeaten 121 runs against hosts Trinbago Knight Riders (TKR), giving the Tallawahs a win in their first game.

"It was an amazing innings, that unbeaten 121 against TKR," Lewis told STAR Sports. "He was very fortuitous because he was dropped before he got off the mark. I thought it was a simple catch but that high catch at night can be a little difficult. Had they taken that catch, there's no doubt that Tallawahs would not have won that game. He pummelled the bowling and totally took the game away from the TKR. Outside of that, he hasn't batted so well.

"This is T20 cricket. Sometimes it's gonna work and sometimes, it's not. When batsmen play innings like those, they have to take a lot of chances. His batting has been a letdown after that brilliant start and the way he started, he could only go down. He could not maintain batting like that."

However, since that game, Russell's best score with the bat has been 10 not out against the St Kitts and Nevis Patriots at Sabina Park on August 15, then another 10 runs against the Barbados Tridents on August 29.

"I'm certain he's not satisfied with performances like those and at the business end of the tournament right now, I'm expecting that he's gonna come good," Lewis said.

Lewis recommended that his placement in the batting line-up should be improved based on what the situation requires in each innings, to get better performances from Russell.

"He's an integral part of the batting line-up and there are times when he needs to step up and go out a little earlier to propel the innings," Lewis explained. "He has, I think, not batted in the most effective position to facilitate the best results for the Tallawahs. I think he can be so destructive, therefore he needs to, maybe at times when the overs are getting away, promote himself up the order. I'm sure that if he gets in, he can do a lot of damage."

The Tallawahs, currently fourth in the table, face the Guyana Amazon Warriors, third, at the Providence Stadium in Georgetown, Guyana tomorrow night and will be looking to avenge their 71 run defeat to them in Florida on August 18. They will have be mindful of promising youngster Shimron Hetmyer, who smashed 100 runs in their last encounter.