RENOvating the attack! Westmoreland side looking for more goals this season 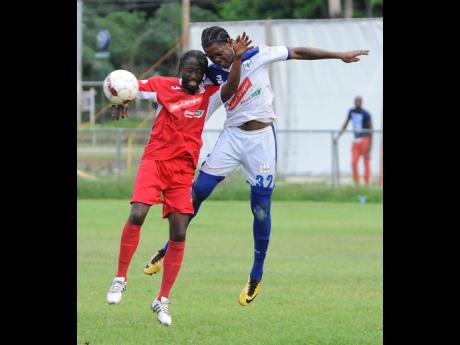 FC Reno vice-president Ishmael Paharsingh says that he hopes that the signings made ahead of this season in the Red Stripe Premier League will address the goal-scoring issue the club has faced since losing striker Craig Foster.

Foster moved to Humble Lion in last season's January transfer window and went on to finish as the league's top scorer with 17 goals. However, the Westmoreland- based team struggled to find goals, and wins, as a result of his departure. They finished the season in 10th place, having scored 25 goals and conceding 37. It was the joint second-lowest scoring tally in the league, with relegated Sandals South Coast as Boys' Town also went down, with only 24 scored.

"We're looking at Fancy-Hue (Stewart), Renorio Downswell - moving him from midfield now to forward - because he has the potential to be a forward," he explained. "At school (St Elizabeth Technical High, STETHS), he used to be one of the leading goalscorers in the daCosta Cup, playing centre forward. Michael Carr has returned, another former STETHS striker. Thorn Simpson is in as a striker, too, from Harbour View. We have three new strikers in the system, so I think we will be all right this season."

Although they will be at the Frome Sports Complex in their season opener tomorrow, Reno will have a tricky opponent to get going against, as Rudolph Speid's Cavalier Football Club will face them at 3:30 p.m.