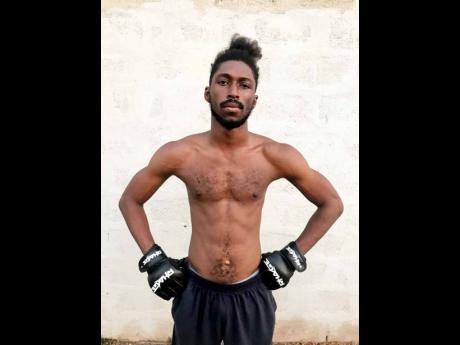 Akeem 'Miggie Smalls' Mignott is confident that he will defeat Kuffy 'Hi' Smith on his mixed martial arts (MMA) debut at the next edition of the Rough Fighting League (RFL) in Moneague, in St Ann, tomorrow night.

"My opponent's name is Kuffy 'Hi' Smith, but Saturday I'll change that to Kuffy 'Bye' Smith after I knock him out," Mignott told STAR Sports confidently. "I don't know much about the guy, I've seen him a couple times, I've seen the fear in his eyes when he looked at me, so it's basically a done fight. I just gotta show up."

"I've been training pretty hard, pretty frequently for this fight on Saturday, so I have no worries. It's just about making weight now, going there on Saturday and knocking him out."

Mignott, who said he grew up watching various MMA events such as the Ultimate Fighting Championships, Bellator and even World Wrestling Entertainment (WWE), which is considered Sports Entertainment, said he has always had a dream of competing.

"I didn't always like MMA, specifically," he said. "I've always liked combat sports and stuff like that. As a kid, I used to watch WWE, and I've always loved that, the competitive aspect of it. When I discovered MMA in around 2011, I thought it was my calling. I knew I had to be involved in some facet of it."

Mignott will be competing on the undercard of the event, which will see veteran Jamaican fighter Kyle Chin facing Trinidad and Tobago's Leyland Gomez for the RFL Middleweight title.

The JCSA describes the event as the first of its kind in the island as it will feature bouts from various fighting disciplines: sambo, wrestling, tae kwon do, boxing, kickboxing, karate, muay thai and mma.

The event will take place at the Moneague College at 7 p.m.