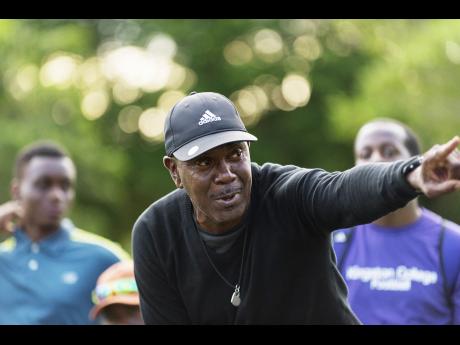 Kingston College (KC) head coach Ludlow Bernard said that it does not matter to him that his team's first-round match in the ISSA Champions Cup is against St Elizabeth Technical High School (STETHS) as you have to play good teams each round to become champions.

KC, the defending champions, defeated STETHS 3-0 in last season's final and both sides were drawn to meet each other in tomorrow's opener at Sabina Park during last night's ceremony at the Digicel Headquarters in downtown Kingston.

"If that's the draw, then we just have to deal with it, but we are ready for any opposition," Bernard told STAR Sports. "We are the defending champions so we have an obligation to defend our title with some amount of dignity. So we'll be putting a very good foot forward where this competition is concerned."

However, STETHS captain and midfielder Tajay Green said that he is relishing the prospect of meeting KC right away.

"I feel good because it's a renewed rivalry and we're looking to redeem ourselves this year," Green said. "We fell short in the daCosta Cup, but we're looking to transfer that energy into this cup this year and win it."

Although Green is eager to get going, Bernard said he does not expect STETHS to be overzealous in their play, especially with regard to physicality.

"I think STETHS are better than that," he said. "I think they'll be coming to play some good football, and with two ball-playing teams on the park, it should serve up quite a good game for fans coming out."

The competition's format sees four seeded and four unseeded ISSA/Digicel Manning Cup teams up against their ISSA/WATA daCosta Cup counterparts and many are still waiting to see one of the daCosta Cup teams crowned champions, after the previous four stagings were won by Jamaica College, St George's College, Wolmer's Boys and KC. But Bernard said that his players are not concerned about any pressure to keep the trophy in the Corporate Area.

"That's not being factored in their minds when they play," he said. "We just want to get out there and get the job done.