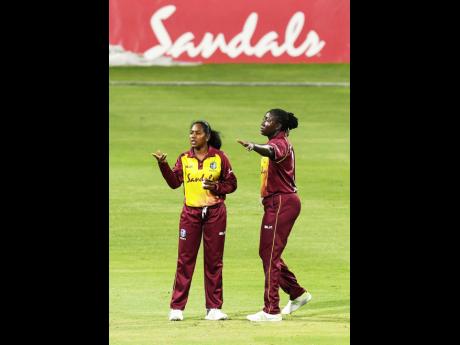 Windies captain Stafanie Taylor has once against bemoaned her side's batting performance. This time it was after their 71-run loss to Australia in the ICC Women's World T20 semi-final match at the Sir Vivian Richards Stadium in St John's, Antigua, yesterday.

The Windies Women produced good bowling and fielding after winning the toss and sending the Aussies in to set a score. They were restricted to 142 for five off their 20 overs. However, with a target of 143 to get into the final to defend their title won in 2016, the batting order crumbled early on in their innings and bowled out for 71 in 17.3 overs.

"I just believe we didn't bat well," Taylor told journalists gathered at the post game press conference. "It's the first I've ever seen such bowling and the fielding was really good. I haven't seen anything like it. I thought our all-round performance was good, just today we were a bit off in the batting.

Offspinner Anisa Mohammed has not featured in the team since its first game of the tournament against Bangladesh, but Taylor was asked if her inclusion yesterday would have had made a difference to the result.

Australia will now meet the winners of the second semi-final between England and India in the final on Sunday. Their game was still in progress at press time.

B Mooney c McLean b Selman 6

+A Healy c Connell b Fletcher 46

A Gardner c Henry b Matthews 14

E Perry not out 3

A Fletcher b Gardner 3

S Connell not out 6