Sister is about to marry my rapist 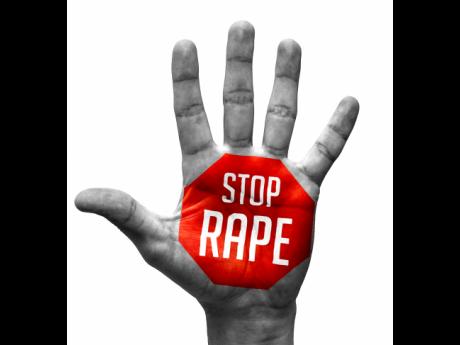 I am 19 years old, and for four years I have been carrying a secret for my sister's boyfriend. My sister has been living with a man and I went to spend time with them and to attend the christening of their baby. While I was there, my sister left the baby with me and went out to do some shopping for the after-christening dinner. Her boyfriend came home and forced me to have sex with him. I was a virgin. I didn't agree to have sex with him, but he is big and strong, so he held me and I was scared to cry out. So, he had sex with me.

I told him that I was going to tell my sister, but I said to myself she might not believe, so I kept it to myself. Now, my sister and this man are planning to get married and my sister wants me to be a part of the bridal party. I told her yes, but every time I think of what this man did to me, I hate him. I look back and I am glad that I did not get pregnant, because he had sex with me without using protection. I like my little niece, but I can't stand my sister's husband. I don't talk to him much, and my sister always asks me why I don't talk to him, but I never told her the reason.

My sister told me that he told her that he doesn't love my boyfriend. When my sister said that to me, I almost said to my sister, "He should know why he doesn't like him," but I kept quiet. Do you think that I should tell her what he did to me and that I should not attend the wedding? I am waiting for your reply.

If you were to tell your sister now about what her boyfriend did, it would be a big uproar in the family and she may want to know why you have waited so long to tell her. I doubt very much that he would admit that he raped you. He may say that you forced yourself on him and that the sex that he had with you was consensual.

You have kept this thing to yourself for the past four years and now that they are getting married, you are prepared to let your sister know what happened; and so, why now? Is it that you do not believe that she should marry him because he is a rapist? I am not sure that your sister would believe that he raped you. So, even if you wanted to say something about it, the timing is wrong. Perhaps it will be better to wait until they are married and after a few years have passed, you may say something about what happened between this man and you.

If you had informed any family member or even your mother that he raped you, you would have been in a much stronger position today. But to say that now may give folks the impression that you are making mischief.

May I further suggest that you attend the wedding? Your sister wants you to be a part of the bridal party, do so for the sake of your sister.