Weh Dem Up To: Mikey Spice working on new album 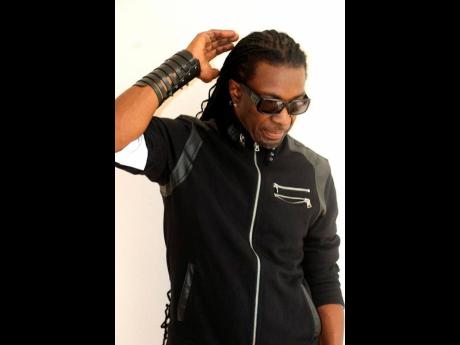 Reggae singer and producer Mikey Spice, who made his big breakthrough with a stunning cover of Barry White’s hit, ‘ Practice What You Preach’, has not been highly visible on the live entertainment scene locally for a while.

However, he continues to do what he does best – music.

Spice, who is based in Florida, shared with THE WEEKEND STAR that despite not performing on a major stage show in Jamaica in recent times, he has been actively pursuing his career and other interests. The artiste revealed that he visits Jamaica at least twice per month, sometimes even to perform at private corporate events.

He made an attempt to do something bigger when he embraced the opportunity to perform at a Twelve Tribes of Israel celebration two weeks ago. That, however, did not go as planned, and Mikey Spice was allowed to perform only one song before the plug was unceremoniously pulled on the event.

Despite the disappointment, Spice remains upbeat and positive.

As far as new music is concerned, Mikey Spice recently released a single, titled Your Man.

“I heard it playing when I was in Jamaica and it is playing here in Florida,” he said. The song, he revealed, is taken from his upcoming album, which is being produced by himself and musician/producer Dalton Browne.

“The new album I am working on should be out for Christmas,” he said, however, it is yet untitled, as they were playing around with two names, Mikey Spice: Your Way or Mikey Spice, Are You Ready.

As a child, Michael Johnson sang in his father’s church and learnt to play guitar, bass, drums, trumpet, piano, saxophone, flute, and harp. An accomplished musician, he is now proficient in 22 instruments, and with his uniquely broad, rich and resonant voice, he is the embodiment of a one-man band.

Among his discography are songs such as Jah Jah Never Fail I Yet, Happiness, Born Again, Chant Down Babylon, Jah Lifted Me, Harder Than Before, Born Again, and his summertime hit, Practice What You Preach.

Inspired also by international singers such as Lou Rawls (to whom he is compared), Barry White and Teddy Prendergrast, Mikey Spice teamed up with engineer/producer Barry O’Hare at Grove Music Studios in Ocho Rios in 1991 and began recording his own compositions. He has not looked back since.