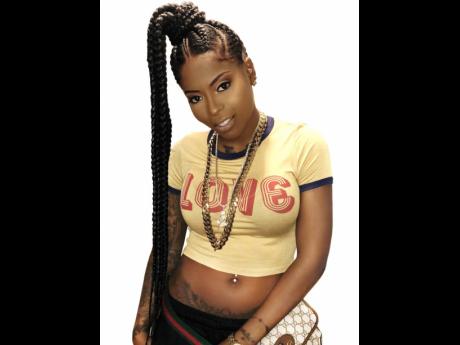 Chakademus and Pliers are hailing Hood Celebrityy for her single, Run Di Road, which bears more-than-a-passing resemblance to their mega-hit, Murder She Wrote.

"We love the song. The song is wicked. We endorse her ting," an excited Chakademus told THE STAR, of the song on the popular Bam Bam 'riddim'.

In an interview with The Gleaner in March, Hood Celebrityy, whose real name is Tina Pinnock, shared that "at the centre of [her] creativity at all times" is paying homage to her Jamaican roots, and delved a bit into why she chose Murder She Wrote.

"It was very easy for me to find and decide what old-school sound and rhythm I would use, because that's one of my favourite songs. What made it so appealing to me is the way it makes me feel. It has a happy dancing vibe, regardless of the mood you in. When that beat drops, you forget everything."

Hood Celebrityy, who dropped Run Di Road at the end of March, is being sued by old school dancehall deejay, Nardo Ranks for copyright infringement on the single. The lawsuit also names as defendant, the KSR Group, the record label that released the song on March 20. According to a report in the New York Post, the Manhattan federal court complaint alleges that the defendants "pirated and extracted significant phrasing" from Nardo Rank's Dem A Bleach and inserted them into Run Di Road.

In the 1992 hit song, Nardo Ranks states in the intro:

All of the girl dem a run go shop go bleach