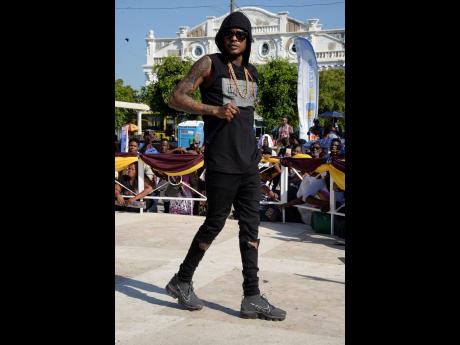 This follows his interrogation last Friday on issues related to his knowledge of gang warfare and violence in the second city.

"They have a problem in Montego Bay and they are looking a scapegoat," his lawyer Ernest Smith told THE STAR bluntly. "The police say they have taken in my client because he has influence in Flanker and they want to question him about gang-related matters and murders in Flanker. But, I told them that the politicians also have a lot of influence all over Jamaica. Do you send for them whenever there's a flare-up of violence?" Smith demanded.

The attorney said that the line of questioning last Friday showed that the police are fishing. "'Do you know John Brown? Do you know so and so gang leader. Are you a gang leader?' Those are the vague questions he was asked," Smith said.

He said that after the session, Tommy Lee Sparta was not released because he was told that the anti-gang branch of the Counter-Terrorism and Organised Crime Investigation Branch (C-TOC) wanted to interview him.

"I made myself available on Saturday and Sunday, but everybody was apparently at sea," said Smith.

Smith added that he was told that two officers will interview his client today.

However, he intends to go before the St James Parish Court at 10 a.m. today to file a habeaus corpus and make an oral application to get his client freed.

"When I went to Montego Bay this morning [Monday], I found out that he was moved from Barnett Street to Freeport Police Station, so I anticipated that, based on that, he would have been released today. The police have nothing on him. He is not charged with any crime. He has been in Montego Bay since last week Tuesday and the police there could have interviewed at their leisure, but they have set it for today. Well, I will again put off other matters to be there," Smith said.

Tommy Lee Sparta, given name Leroy Russell Junior, was named as a person of interest by the St James police on July 6.

He was asked to contact detectives at the Freeport Police Station in Montego Bay by noon on July 7, and he subsequently turned himself in accompanied by his lawyer.