GiNal Uptown gets the party started with ‘Roll X’ 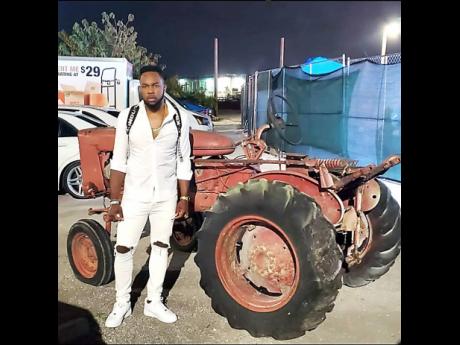 " Roll X was inspired by an old saying in rural Jamaica, 'Time fi come gwope'. The hook is saying that time is up. A time fi dem go in, make way for the new wave," GiNal Uptown explained.

"So far the feedback has been overwhelming, great. The comparisons to artistes such as Stylo G and Govana is a big compliment for me. It signals that I am on the right path. Persons believe this could be a big song if given the right opportunity," the dancehall artiste shared.

A video for Roll X, directed by GiNal Uptown and shot by Grindley Studios, was recently released. The artiste, given name Gairy Blake, is originally from Clarendon. After graduating from Glenmuir High School, he migrated to Bronx, New York. He is the younger brother of gospel recording artiste 2nd Chance. He is also one-half of the identical twin deejay duo Reggaetwinz.

"My humble beginnings now play a pivotal role in the inspiration for the type of content I like to create. 'GiNal' derives from 'original' and 'Uptown' represents the Bronx, the combination GiNal Uptown creates a mystique as the name suggests, sneaky bars, sly punchlines; mi a GiNal, but in a creative way," he explained about the origin of his stage name.

GiNal Uptown is working on an EP which will feature production by Seanizzle, Steadly Meddz, DJ Shells, Beatmania and Noliatainment.

"I hope to inspire others to follow their dreams and know that it's never too late. I strive to create the things I wish existed. Live in the moment and never stop creating. I also want my sons to look back and be proud of the legacy that their father created and, lastly, for my exes to say, 'Damn, I messed up,'" said GiNal Uptown.