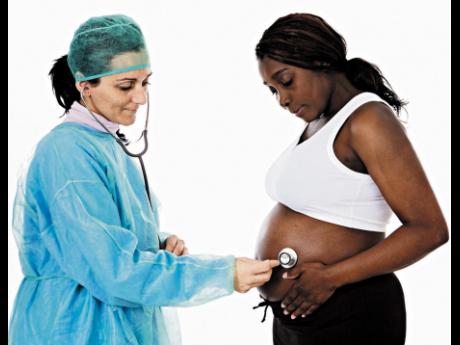 Being young and unwise is what 31-year-old housekeeper Monique Reid cites as reasons for her current dilemma - being uncertain who is the father of her 16-year-old daughter.

Reid is hoping she is successful in THE STAR's paternity feature to win a free DNA test. She believes her former lover, 39-year-old driver, Corey Reynolds, who she met years ago on a bus, is the father.

Though the two are no longer an item, they want to please the teenage child in question, who regularly asks about her father.

When asked what they wanted the results to be; Reid said: "I want it to be his child."

Reynolds: "Mi a tell yuh the honest truth, me nah do it for myself, mi a do it for she (little girl).

The two were asked what would happen if the results went in either direction.

"If it's his, nothing nah go happen, I don't know, she past the worst already, and him nuh help her none at all. If she is not his, nothing still nah come out deh either cause him no support her," Reid said.

Reynolds was just as indifferent, saying he was willing to do a DNA to please the teenager.

"If she is mine, me nuh have a problem, mi jus want closure. Is because the little girl want know. If is not mine, me and her have a good relation, it wouldn't hurt still."

THE WEEKEND STAR was told the child is registered in Reynolds' name.

"She has his name ... I got pregnant when I lived with him, and him tell mi anuh fi him, so one day he gave me partner money to bank, and mi just run weh with it, then him tell mi say mi must use that money and take care of the child," Reid said.

Reynolds: "She (Reid) told me is not mine. I never saw anything else, but she tell me dat."

They also noted that persons from their community are also aware of the situation.

"I had to look help, and people talk and it get back to the man I was living with that it's not his. Is the same person I slept with during the time I was with Reynolds. He got fed up," Reid said.

Reynolds: "Some people know, like most of my friends."

They both agreed that the teen in question resembles her

Reid: "She favour me. people say a me." Reynolds also agreed.