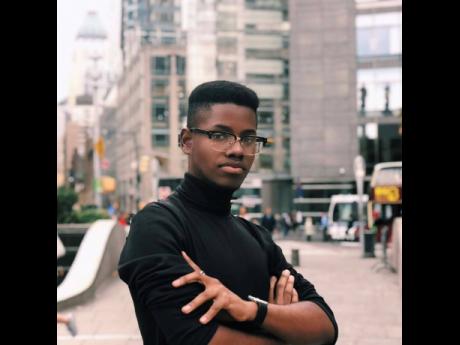 Jamaican Kyle Lambert has been accepted to six ivy league universities in the US.

An 18-year-old Jamaican, Kyle Lamberrt, has been accepted to six Ivy League universities in the US, a feat his former principal, Nadine Molloy, describes as a major achievement.

He has been accepted to read for his first degree at Yale, Columbia, Dartmouth, University of Pennsylvania, Brown, and Cornell.

Ivy League schools have world-class reputations for academic excellence. They are highly selective, with their acceptance rates no higher than 14 per cent (of total applicants).

Lambert has also been selected as a recipient for several scholarships.

"I am beyond elated to see the fruits of my labour. It has been a dream for years to get accepted to just one of these schools, so to have six Ivy League acceptances and over 10 other elite university admissions is truly a blessing from God," Lambert said. "I am currently deciding among Yale University, Stanford University, or Columbia University, where I will double-major in neuroscience and global health."

Lambert grew up in Ocho Rios. He said that his family, like so many in Jamaica, faced "financial struggles", and from very early "I knew it was my duty to end generational adversities and create a new way of life for us all".

He reminisced on the "sweet sounds of reggae music and the soothing feeling of warm sea breeze" which, he said, heavily influenced his childhood.

"They seem to be present in most of my memories; memories of splashing water with my godsister in the beaches of my hometown, Ocho Rios; memories of walking barefoot along the rocky roads of Selbourne Gardens that not only strengthened the soles of my feet, but also strengthened my mind," he told THE STAR.

A top performer at Columbus and Ardenne, Lambert said that his teachers were largely responsible for his success.

Molloy said that Lambert migrated after grade nine, and was one of the top students.

"He loved the sciences and would volunteer to help other students, or even teach a class. His classmate, Dana Jones, herself a top performer in the CXC exams, remembers him as being brilliant academically as well as being an outspoken and friendly student," she said. "We at Ardenne are proud of his achievements and the fact that he values his experience and time at Ardenne. Whichever of the six Ivy League offers of schools he chooses to accept will be the richer for having him on its campus."

Lambert moved to Queens, New York, in 2017 and has been attending the George Washington Carver High School for the Sciences.

He said that having arrived in the US, it became evident to him that inadequate medical care did not solely exist in Jamaica.

"Realising the adverse effects that poor healthcare posed on my vulnerable community, I spent numerous hours developing an understanding on how healthcare systems operate locally and globally. I nurtured an ambition to one day become a medical doctor, but more importantly, to become an advocate for underserved communities," the youngster said.

He said that he has a desire to improve the quality of life for people whose lower socio-economic status dictates their health, and has established a community service organisation called Med For All Global. It is a cause he is convinced that is worth fighting for.

He is confident that the education that he will receive on his next journey will "better position me to achieve my life's goal: bettering healthcare services in medically underserved communities".