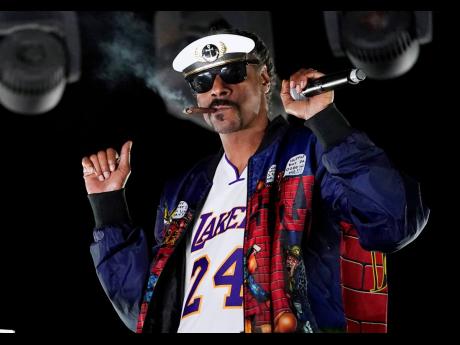 Snoop Dogg is preparing "one of the greatest Super Bowl halftime shows" of all time.

The chart-topping rapper will be among a star-studded list of performers - including Dr Dre, Eminem, Mary J. Blige and Kendrick Lamar - at the sporting showpiece in February.

He said: "Me, Dr Dre, Eminem, had a light discussion about what we trying to do. It's about to go full speed ahead."

The 50-year-old star is determined to give fans a show to remember.

He told Entertainment Tonight: "I tell you, this it's gonna be one of the greatest Super Bowl halftime shows that you ever witnessed. Dr Dre is on it. He's putting his time together with the specifics and the dynamics of what we're doing."

Earlier this year, Snoop promised fans that they won't be disappointed by the halftime show.

The rapper explained that he was still waiting for his "instructions", but he also pledged to be "on point" on February 13.

Asked about his preparations for the event, Snoop said: "I gotta wait for their orders and instructions, so we'll be on point ... whenever we get the information."

Despite this, Snoop admitted at the time that he hadn't yet had a conversation about the set list for the event at the SoFi Stadium in California.

Discussing his pre-show planning, Snoop explained: "We just talked about creative input and what we want it to look like and feel like, and then we'll get to the music because we've got a lot of music to choose from, so we just want to make sure we got the creative side - the look of it, the feel of it and then we get to the music."