Trying not to be a 'loose' girl 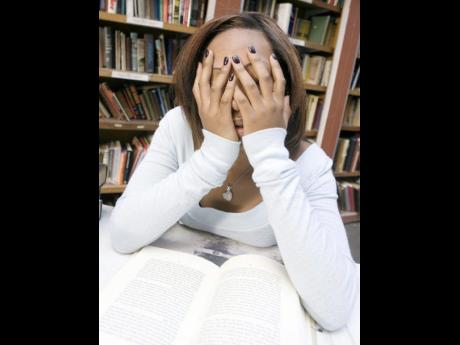 I grew up in a home and all of us were girls. My

sisters started to have sex early. I remember that when they had sex for the first time, they talked about it and they asked me whether I was still a virgin.

When I said yes, they asked me when I was going to 'give it up'. I told them that I wasn't ready.

At one time, one of my sisters set a boy on me and all he wanted from me was sex.

I talked to my grandma about it and she told him that he shouldn't come back. Even my sister was upset with him and called him a fool.

He would have got me to agree to have sex with him if he had gone about it the right way.

One of my sisters had two boyfriends and one of them came to the house and asked for her. I told him that she was not there.

He told me that he always admired me and if it was true that she had another guy. I told him I did not know.

He kept calling me and one day after school, I met him at a popular place where schoolgirls hang out.

He told me how much he loved me and he was going to tell my sister that we had become friends because she had another man in her life.

I told him he shouldn't tell her anything, but he did. One day my sister and I had an argument and she cursed me and asked me why I couldn't go and look a man for myself and leave her man alone.

She told me she wished me well because he was mean.

He was not mean to me. Before we had sex, he started to buy me nice stuff, and my sister didn't remain vexed with me for long.

He bought me a nice phone. I told all my sisters who bought it for me and they were surprised.

All my sisters have got pregnant except me.

If this guy and I didn't have a fight one day when he took me to a motel, I might have got pregnant because I took the condom from him and pushed my finger in it and it burst, so I refused to have sex with him.

This guy is now giving me money every week. Pastor, don't think that I am bad; I am only looking for opportunity. I need him to help me to get what I want.

One of my sisters has two children and the other two have one each. I have only cheated on him once to spite him, because he was unfaithful, but I am sorry for what I did.

I don't want to leave him. Tell me what you think about this relationship. I am 20 years old.

Some people believe in casual sex and evidently, your sisters practise it.

Some girls cherish their virginity and would say that they are keeping it for their husbands. Christian girls encourage each other to try and remain

virgins until they are married.

But, others like your sisters don't see any need for that, so they have sex at an early age. They didn't consider that to be a bad thing when they encouraged you to get a boyfriend.

You were not ready, and the young man was so aggressive that you had to report him to your grandmother and the very sister who encouraged him.

What really would you say is your problem now? Is it the fact that your present boyfriend got involved with another girl and you are angry with him and you believe that to spite him you should have sex with another fellow?

Well, it seems to me that now that you have had sex with another fellow, it is bothering you, because your intention in life was to have only one man.

You have not said whether you told your boyfriend that you have cheated on him. I hope that you wouldn't cheat again, and I would suggest that you forgive yourself for what you have done.

I know that there are folks who would not agree with me, but unless you believe that by telling your boyfriend what you did would help the relationship, I suggest that you keep your mouth shut.

But, have nothing else to do with the other young man. I wish you well.