Wife put on tight jeans when I asked for sex 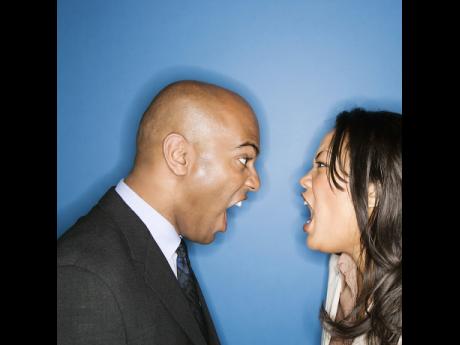 I am having a problem. I am 40 years old and I am married. I have been married for three years. Sometimes I think that I did a good thing by getting married, but sometimes I am worried. I do security work. I have two children, but not with my wife. She got pregnant for me, but she lost the baby.

Pastor, she had a good job in Jamaica. She made more money than I did. Both of us bought a National Housing Trust house. Suddenly, I noticed that she was not interested in me anymore. Whenever I wanted to have sex with her, she is always telling me that she is tired. Sometimes I have to force her to have sex with me. I talk to a lawyer and asked him what I should do, and he gave me some advice.

Pastor, on my birthday in August, I asked my wife what she planned to do for my birthday, and she said she would buy me a dinner. My birthday was on a Thursday, but I decided to keep it up on a Friday. I bought wine and I invited a couple of my nieces and nephews who are living not far from us. We had a nice little time together at the house, and after everybody left, and my wife and I were alone, we went to bed. I was trying to have sex with my wife, and she told me not to touch her. She got up and put on the tightest jeans she has and told me she did not feel like having sex, so I should not touch her.

I asked her why she was behaving like that, and she asked me if I don't see that her mind is turned against me. She said she does not want to have sex with me anymore. The last money I had in my

savings, I gave it to my wife to buy a car. She has my car driving, but I can't get a little sex from her. Pastor, is that fair? When she came back to bed, she turned in the head-and-tail position. I got up from the bed, and I am not ashamed to tell you, I went on the road and bought some sex.

So, I am asking you now, what should I do about this woman and this marriage? My mother told me that I should not leave her, let her be the one to leave me. I am waiting on your advice.

I suggest that you ask your wife whether she wants a divorce or not. I suppose she would say yes, because she had already told you that she is

I am sure that it has come to your mind that your wife might be having an affair. However, do not raise that matter with her, because you do not know whether that is true. As I see it, what your wife is doing is abuse. So, go about this the right way, and contact me again.