I spend my big woman's money on my girlfriend 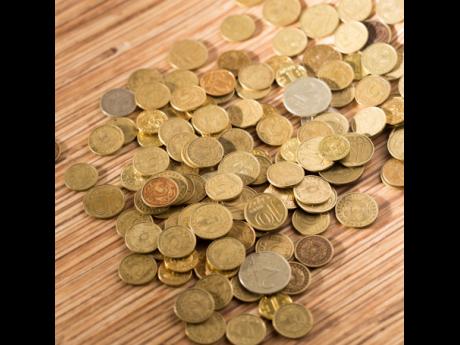 I believe there are many young men who get involved with older women because they can take care of them.

Some younger women are not good for the men. They don't want to wash and clean. What they want is money, every week, for the hairdresser and to do their nails. When they can't get enough money, they keep other men with them.

I am 23 and have a relationship with a big woman. I have another girlfriend, but she doesn't know about her.

However, my girlfriend knows about the big woman. The money I get from the big woman, I give her some of it because she is not working.

Before I go to the big woman I always call and tell her when I am going, so she doesn't see me until the following day.

I can't make the big woman, know I have a girlfriend. I can't disrespect her that way. She has never been to where I live. She wouldn't want anybody to see her there.

Everything she has, she leaves for me. She treats me like a king. I try to give her good sex. She has a car, but she doesn't let me drive it because everybody would know that something is going on between us. I love this woman. I met her while I was working, washing cars, and she got to like me. She is beautiful. She has a daughter. She does not look her age. She is 50.

What are you really trying to say? Are you trying to ask me something? You are fooling this woman, giving her the impression you love her, but she is really making herself a fool.

You have not said it but, from the tone of your letter, this woman is educated, independent and cannot be considered poor. It is sad, therefore, that you have become sexually and emotionally involved with each other.

I am sure her daughter will not be pleased about this relationship. What she wants from you, evidently, is just sex. Your girlfriend doesn't mind what you are doing because she knows it's like you are working for this woman, whenever you meet with her, you have sex and do whatever she wants, you are being paid and she gets some of that money.

How long are you prepared to live like this? Isn't it time for you to try and get yourself a job? You are using this woman, but she is also using you. Some people might say nothing is wrong with that because you are using each other, but she is controlling you because whenever she wants you, you have to respond.

If you were to tell her you have to be with your girlfriend, she would have nothing to do with you, because she is just as jealous as an old man who has a sexual relationship with a younger woman. She would cut you off financially.

Therefore, my suggestion is that you tell this woman you are not comfortable carrying on this relationship because, though she may say she loves you, she is embarrassed and doesn't want her friends to see you together or for anyone to see you driving her car, etc.

You may brag that this woman is taking care of you, but you don't know whether your girlfriend has told others about the life you are living.

End the relationship with this woman, as soon as possible, and get yourself a job. Stop sleeping at her house and having sex with her. You may have to go back to washing cars, but it is better to earn a little by washing cars than to be used as a male prostitute.